Rocsay Chaude was born Roxie Sibley in the notoriously rough city of New Orleans. She has always been a character since the age of 5 which her loved ones would call the age that she began her journey. She loved entertaining her friends and family with humorous jokes, but sadly the most important man in her life passed away, her father. This took a toll on her as she felt a sense of loneliness, and began to lose her desire and spirit to entertain those close to her, but that closeness of family and friends would soon help things take a turn for the better, and years later would renew her old desires, and spirit as she began playing instruments, and writing music.

During this period of her life she was the Creative Artist through middle school and performed many places in acting and dancing, and slowly but surely people close to her, and afar could see her character on display, and in their eyes they knew Roxie Sibley aka Rocsay Chaude was destined for the limelight. She idolizes one artist whom she from a distance calls a mentor. Missy Misdemeanor Elliot  the well know female artist, producer, and entertainer extraordinaire from Virginia whom Rocsay hopes to meet one day, but she is just fine with following her footsteps and becoming a global entertainer.

Currently Rocsay has a newly released single Bad Girl 101 blazing in the streets, and nightclubs of her hometown. With the support of her loved ones, and a city that thrives in music, along with her willingness to Grind for her Shine it is fair to say that Rocsay Chaude GOT NEXT!!!!. Wanna hear more music from Rocsay? Check out her links and follow her for up to date information on new music, tours, and more. 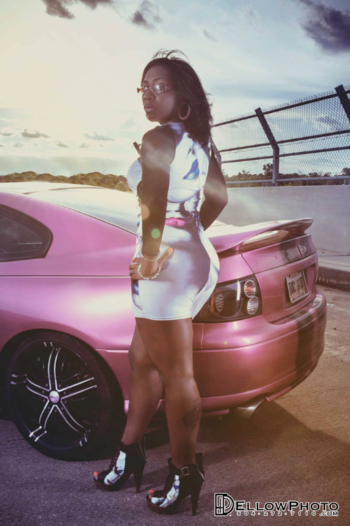